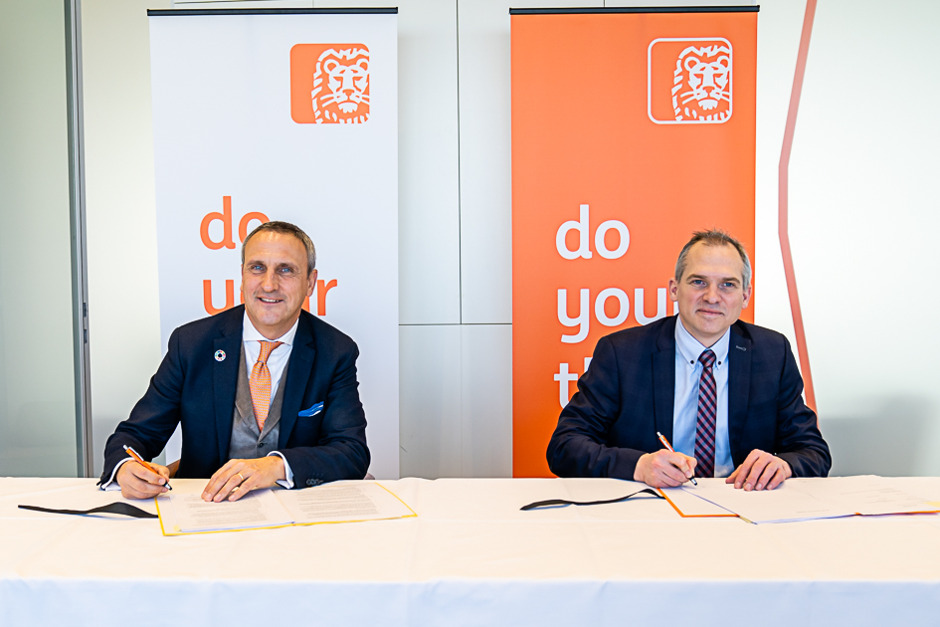 ING to make payments of EUR 100 billion p.a. on behalf of the Flemish government

Wednesday, January 29, 2020 — Brussels - ING Belgium is now officially the Flemish government’s principal bank until 2024. This means that the Bank is authorised to arrange payments averaging EUR 100 billion per year on the government’s behalf and will pay the salaries of 240,000 teachers and civil servants. Flemish Minister of Finance and Budget Matthias Diependaele and the CEO of ING Belgium Erik Van Den Eynden signed the contract today in Brussels. This is the third time in a row that Flanders has chosen ING to manage the Flemish government’s payment transactions as well as those of dozens of government agencies.

This means that the Bank will be authorised to handle the Flemish government’s payment transactions up until the year 2024, as well as those of the Flemish government and almost around 100 of its agencies, such as the VDAB (public employment service of Flanders), Flanders Investment & Trade, Lantis (builder of the Oosterweel Link), Vlaams EnergieBedrijf (energy company), De Lijn (public transport company), VRT (public service broadcaster), Tourism Flanders, Ghent University Hospital , OVAM (public waste agency), Opera Ballet Vlaanderen, Kind en Gezin (child and family health agency), etc. ING will also arrange any necessary bank guarantees.

The payments made on behalf of the government average EUR 100 billion and represent more than 10 million transactions p.a. The Flemish government believes that ING’s offer presents a number of advantages:

“ING is now well acquainted with our operations and this has only increased our confidence in recent years. In addition, the Bank gives us a credit line of EUR 3.75 billion, which provides extra stability and flexibility. This also allows Flanders to maintain a favourable rating.”
Matthias Diependaele, Flemish Minister of Finance and Budget

The renewed partnership represents an important milestone for ING and confirms the Flemish government’s place as the bank’s largest customer.

“We are delighted that the Flemish government has reaffirmed its confidence in us. ING will also be responsible for paying the monthly salaries of no fewer than 240,000 teachers and civil servants, which is a big responsibility. It shows that ING, with its strong international network, is a partner for all segments of our society. And that makes us particularly proud.
Erik Van Den Eynden, CEO of ING Belgium