Half-year results for ING in Belgium: risk costs triple due to Covid-19 crisis, resulting in a modest profit

Thursday, August 6, 2020 — Brussels - In the first half of this year, ING in Belgium posted a pre-tax result of €26 million (€69 million excluding an exceptional €43 million goodwill impairment) despite a tripling of the risk costs. The bank created additional provisions amounting to €338 million for businesses struggling to repay their loans during the current coronavirus crisis. Furthermore, the result was also impacted by additional costs related to the prevention of money laundering (Know Your Customer), increased bank levies and lower income on savings and current accounts due to the persistence of low interest rates. As part of the crisis support measures, ING in Belgium helped families and businesses for tens of thousands of loans with a total outstanding amount of more than €6 billion. During the first six months of the year, new loans amounting to €7 billion were provided, increasing the lending portfolio by €1.5 billion. The bank also recorded an exceptional rise of €6.1 billion in additional volumes on savings and current accounts as a result of customers saving more and spending less during the crisis. The capital ratio and liquidity buffers also remain well above the legal requirements. An additional effect of the crisis is the boost given to digitisation. Customers used the app almost 235 million times, which is 20% more than in the same period last year. They made 29 million contactless payments, which represents an almost threefold increase. ING in Belgium also processed more than 1.3 million customer calls or an average of 12,000 per day (+7%).

The first six months of this year were unprecedented and historic for ING in Belgium due to the outbreak of the coronavirus. This pandemic has had a major impact on employment and on the financial situation of a great number of people. Many are concerned about their ability to pay off their mortgage, loan or credit card debt.

Therefore, during the first half of 2020, ING in Belgium made every effort to help its more than three million customers through these difficult times. Together with the other Belgian banks, ING in Belgium co-negotiated an agreement with the federal government to allow families and businesses to request a deferment of their credit payments until the end of the year, subject to a number of conditions. Between the start of April and the end of June, the bank helped families and business by granting payment deferrals for tens of thousands of loans with a total outstanding amount of more than €6 billion.

“Due to the crisis, it has become even more important to help our customers manage their banking so they can stay in control of their finances. This is the key to a sustainable economic recovery. We therefore very quickly set up task forces for each credit domain, in order to form a better global picture of the financial impact. We have sufficient internal capacity to process all current and future applications in a timely manner. For the mortgage segment alone, we deployed an additional one hundred ING employees to process these applications,” says Erik Van Den Eynden, CEO of ING in Belgium.

Despite an unprecedented first half of the year, the bank remained fully operational throughout this period. Investments made in recent years in establishing an “agile” way of working, procedures and infrastructure for working from home and various digitisation projects have well and truly paid off. This has meant that ING in Belgium was ready to offer remote support to customers throughout the coronavirus crisis and was the first bank in our country to have its more than 7,500 employees switch to working from home, all within 48 hours.

“This sharp decrease is driven by the higher risk costs stemming from the present economic environment in which it is difficult for businesses to meet their financial obligations. As one of the major players in the Belgian corporate segment, we are assisting our business owners in these tough conditions and have created additional provisions. The lower income on savings and current accounts due to the low-interest-rate environment and the additional costs for ‘Know Your Customer’ have also played a role. The latter programme has been applied by the bank in the contexts of its resolute commitment to maintaining correct customer information and preventing money laundering,” says Hans De Munck, CFO of ING in Belgium.

Interest and commission income combined still increase<ed slightly compared to the same period last year, boosting the bank’s commercial result. This is driven by the higher interest income from mortgages and higher commission income from investment products, partly offset by lower interest income from savings and current accounts due to the low-interest-rate environment. However, other income shows a decline, mainly driven by treasury-related activities, where market volatility has had a negative impact on income. As a result, total income fell by €68 million compared to the first half of 2019, representing a drop of approx. 4%.

Underlying expenses (1) are under control and in line with last year. However, in comparison with the first six months of 2019, bank levies and expenses for ‘Know Your Customer’ have risen. As a result, total expenses closed at €1,084 million, which is 5.8% higher compared to the same period last year (4.9% excluding bank levies).

In the first half of 2020, risk costs were €338 million (which translates into 62 basis points of average lending), up from €99 million in the first half of 2019. This rise has mainly been driven by family businesses and multinationals. As a consequence of the current exceptional circumstances, the risk costs therefore exceed the long-term average.

“ING Belgium today has more than €50 billion in loans outstanding to businesses and self-employed. It is now becoming clear that some of these customers face difficulties in repaying their debts and loans due to the impact of the crisis. When they find things difficult, we also see this reflected in the financial results. That explains why the risk costs have risen by € 239 million. However, we are absorbing these high credit costs thanks to strong underlying commercial income and sustained cost discipline. This has allowed us to close this exceptional half-year with a positive operating result,” explains De Munck.

In the first half of the year, ING issued €7 billion in new loans. This increased the lending portfolio(2) (excluding treasury-related activities) by €1.5 billion to €107.2 billion (+1.4% year-on-year). This growth is mainly driven by the mortgage portfolio and lending to wholesale customers. Total customer deposits stood at €111.3 billion at the end of June, representing a growth of €6.2 billion compared to the same period last year. This exceptional growth was fuelled by a change in customer behaviour following the coronavirus crisis: on average they are saving more and spending less.

The ambitious plan introduced by the bank four years ago to respond to increasing digitisation has been boosted by the COVID-19 crisis. Customers used digital channels more frequently and in many cases discovered remote banking for the first time. In the first half of this year, ING recorded almost 235 million visitor sessions on the app. This is 20% more than during the same period last year (194 million app visits).

In the context of this accelerated digital adoption, ING in Belgium invited its customers to download the new ING Banking app at the end of May, which had been launched last December. At the end of June the new app has been downloaded 220,000 times. For the more than 850,000 customers who bank online there was also the new ING Home’Bank platform, which is clearer and more user-friendly. The 24,000 business customers also received an invitation to discover this platform.

“This autumn, all ING customers in Belgium will be able to use the new ING Banking app and the new Home’Bank platform. This means that we will serve 11 million customers in Belgium and the Netherlands from the same platform. We will then be able to expand our digital channels with practical and innovative applications even more quickly and to share them with other countries. Customers in Germany and Luxembourg will also soon be able to use the new login page of the app and Home’Bank. This shared platform will also bring additional benefits. The fraud prevention systems will be the same for Belgium and our northern neighbours. And the customer databases of the different countries will now be in one and the same location as well. This will allow ING to access this database for anything related to GDPR and KYC in a uniform manner,” says Erik Van Den Eynden.

This autumn, the bank will launch the following additional services:

ING Belgium is continuing its transformation into a digital bank so that it can provide even more personalised advice to its customers, either remotely (by phone or e-mail) or in its branches or Client Houses. Customer Services (Customer Loyalty Teams) received more than 1.3 million calls in the first semester, which is an increase of 7% on the same period last year. That is an average of 230,000 per month or up to 12,000 calls per day. The employees answered them on average within 90 seconds.

As a further response to the rising digital trend, the bank is working on applications that will support employees in their provision of services to the customer. This autumn, ING Belgium will launch an automatic authentication feature in the app, which ensures Customer Service employees know immediately which customer they are talking to. This will save customers valuable time because they will no longer have to identify themselves at the beginning of the conversation. Before the year ends, customers will also have the ability to chat with ING Belgium from within the app.

“Over the last six months we have seen yet again how people and businesses need to be flexible and adapt to change. The economic uncertainty remains, and the impact of the coronavirus crisis will continue to be felt for some time to come. Banks such as ING play a particularly important role to make sure that the financial system remains reliable, safe and compliant with all regulations. Our role as a gatekeeper of the financial system is more important than ever, and will continue to be so in the coming months. Despite the fact that the coronavirus crisis has not spared the bank either, we remain healthy, solid and hopeful for the future,” concludes Erik Van Den Eynden.

(1) The presented expenses exclude the €43 million goodwill impairment. Including the impairment, total expenses ended at €1,126 million. 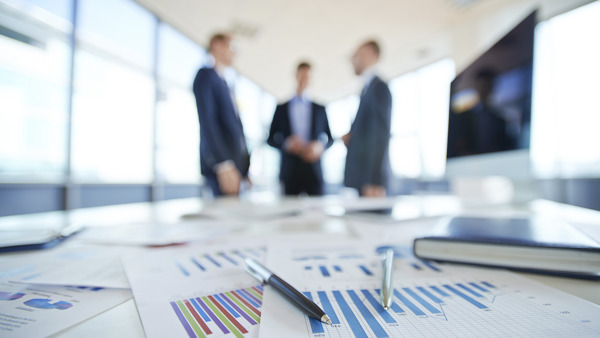